I am in a mess and my poor daughter is the one paying for it. Our family has horribly positioned teeth. I grew up being unmercifully teased and did not want her to face the same experiences. We had her teeth worked on with braces, but there were still gaps. I looked up a cosmetic dentist and he said that it would be better if we did Lumineers. I wanted her to feel confident about her smile for the first time in her life so I agreed. We told him we’d like them more tapered than we saw in his picture and he said to leave that to him, he would make sure we loved them. He also told us we’d get to see them on her in different lighting before they were bonded on permanently. None of that happened. They held her mouth back with some big band and it was hard to see anything. I suspected they were too big based on what I could see and he said that was because they needed to be bonded on first to look the way they really would. I thought he’d know his field so agreed, but once they were bonded on they were just as big and bulky. They also looked square and not at all tapered the way we asked. He told us to give it a week and he was sure we’d love them. We tried, but when she went to school the students were so cruel. They told her she looked like she had horse teeth. Then, some of the boys started neighing every time she had to walk their direction.  To make matters worse, she’s having trouble pronouncing some letters now that have never been a problem in the past. My guess is it has to do with the size of them. I called the dentist and he said he’d thinks they’re gorgeous. What do I do? 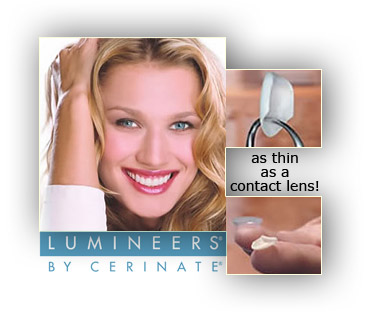 First, I am going to say I am sorry for what is happening to your daughter. Kids, even older ones, can be so cruel. I was cringing as I read the account you have been through. As soon as I read the problem and then saw Lumineers mentioned as the solution, I knew we’d be having another cosmetic dentistry horror story. One thing you said was very telling. I looked up a cosmetic dentist. Most patients have no idea that cosmetic dentistry is not a recognized specialty. Any general dentist can do cosmetic dentistry. To make matters worse, it is up to them how much training they invest in to learn how to do things such as smile makeovers.

Generally, when there are small gaps between teeth, the solution is dental bonding. It is less expensive, however, it requires more expertise to pull it off and my guess is your “cosmetic” dentist does not know how to do it, nor does he have the materials necessary. Then factor in Lumineers. These are advertised to inexperienced cosmetic dentists as being easy to place. They’re not. Nor does bonding have anything to do with the ability to make them look beautiful.

Under normal circumstances, you would not be able to get a refund if the only issue is you do not like their appearance. However, your dentist broke some rules which will work in your favor. First, he told you that you would get to see them in several lights before making a decision and did not follow through. Then, when you expressed concern with how they looked, he pressured you into bonding them on telling you they would look different. Either he knew that was not true and lied or he’s incompetent and didn’t know that is not true. Neither one looks good for him.  A second thing that works in your favor is the fact that it has affected her speech. Together these things can help you get a refund.

Here is what I recommend. First, don’t let him do any work on them if he suddenly develops a conscience and wants to make this right by trying again. Second, go see a true cosmetic dentist. One that has invested in the training necessary to do this right. I would look for an AACD accredited dentist. These are the best cosmetic dentists in the country. Have them look at your case. If they can document that the Lumineers caused the speech issues, it will be a real ace in your pocket. Then, go to your dentist and ask for a full refund armed with what the other dentist told you.

Once you have that refund, I would go back to the qualified dentist and have him re-do your daughter’s smile makeover. Don’t be surprised if he recommends a different brand of porcelain veneers for her. In fact, I would take that as a good sign.

This blog is brought to you by Grosse Pointe Woods Cosmetic Dentist Dr. Theodore Hadgis.